Skip to main navigation Skip to content Skip to footer 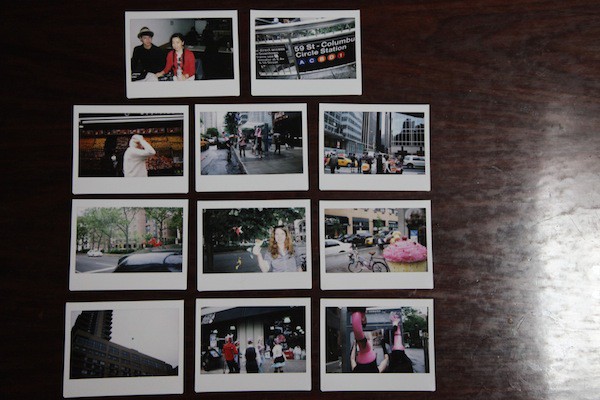 Anticipation, Secrets, and Seeing If You Can Be The Most Fascinating Person In NYC.

Waiting – that in between time where things are set off,  and  then  things   happen.  Waiting is the by-product of a wanting and the object of one’s desire, regularly seen as a negative.

But, there are some wonderful things to experience that you can only get while waiting: expectation, anticipation, longing.

The value of waiting dawned clearly on me while standing on the a corner 15 minutes before the start of the last Lost Horizon Night Market I ran in New York. My truck was in place, and the rest of the trucks were not due for another quarter hour. The joy of the event happening filled me – bouncing against the sides of my mind. Everything was set: nothing could be done to make it happen faster or to stop it. All that was left to do was revel in the ideas and promises of what was yet to be. Once that first truck showed up, the spell was broken and we were at it, but that moment of waiting touched me.

I wanted to come up with a project that let others experience that same joy in waiting, which lead to the idea for Waiting For The Man. (Many thanks to all of those who I ran the idea past for input, critique and fine tuning. Your contributions were invaluable.)

“I want you to walk down the street, and I’ll take paparazzi style photos of you. We’ll walk down Broadway from 120th street to 60th street. Please wear all black and a straw hat.

Oh, by the way, I’ll also be giving you an instant camera. I want you to take 10 photos all along your route, of whatever is interesting to you.”

That was the set up.

The game itself was then to invite 20 teams to set up along THE MAN’s route. They have one block to be SO INTERESTING that the man decides all on his own to take their picture. They were told they couldn’t address the man directly.

The teams were only told when THE MAN would start and finish, and that he would be dressed all in black and be wearing a straw hat, and he’d be escorted by a photographer. No other identification or details was given.

We also wanted to make sure all of the teams had a photo. So, we had a LADY IN RED follow THE MAN’s steps about 15 minutes behind him to get photos of all of our teams.

Here is the recipe:

INGREDIENTS:
– A Great Theme – The lyrics for Lou Reed’s/Velvet Underground’s  “I’m Waiting For My Man” create an amazing, gritty picture of New York
– A simple set of rules – See the invite to the teams here.
– Several great players: all of the players were picked from people who I new would really enjoy this sort of thing, and I allowed them to nominate others to be a part of this as well. Each team was worked with directly, given direct care and attention.
– Intrigue: None of the teams knew who else was participating, the organizers did not know what the teams were doing, only the organizers the event knew who the man or the photographer were, that there was a  hidden security team, as well as an unannounced photography team.
– Subterfuge: We took some liberties in making sure no one would talk with our man by making sure he spoke Japanese and not English, we started a “man in dark blue” that went ahead of THE MAN, and we made sure our man started 15 minutes late and arrived from an unexpected direction.

Here is what happened when it all happened on Saturday May 18, 2013:

And here are the photosets from the day:

PHOTOGRAPHER OF THE MAN – FUMIE

PHOTOGRAPHER OF LADY IN RED – JOHN

For me, it was a fantastic day: about 2 days before , I realized I had nothing to actually do the day of the event. All of the teams were taking care of themselves. THE PHOTOGRAPHER and THE MAN were fully confirmed. My surveillance video/photo crew was masterfully run by my producer. My tech crew who were wiring up things for the closing ceremonies at the bar had things covered, and people at the bar could not be nicer. The Lady in Red and her photographer were all systems go. All I had to do was show up, and reimburse some people.

It was great to experience the whole thing unfolding, and know that it was running its course.

A number of things were created from this:
– The teams got to experience the thrill of anticipation, the laying of the trap and seeing what happens
– The teams also got to try their hand at pulling off small scale street events of their own
– The passers-by were treated to an “only in New York” experience
– THE MAN got an extraordinary adventure, a story he gets to tell the rest of his life
– The surveillance team got a great surprise in finding out how hard it is to blow your cover taking photos of strangers
– I got to enjoy enabling a group of great people to enrich the social fabric of New York City.

So, what are you WAITING for?

Photographer and Handler of THE MAN:
Fumie Ishii