Skip to main navigation Skip to content Skip to footer
by Mark Krawczuk•Posted May 9, 2012•1 Comment(s) 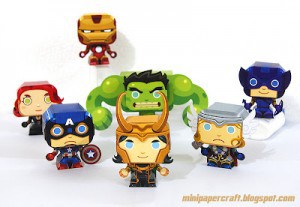 Last night, I went to go see The Avengers. I don’t often go to see movies in the theater, but after seeing the scene that comes after the credits (which I will not link to onYouTube and spoil for you), and 5secondfilms doing a parody of it, I realized I was about to miss out on a bunch of inside jokes if I didn’t see it.

First things first: the plot is thin. But, DO NOT GO TO SEE THIS FOR THE PLOT. Let your guard way down (at the 10:30 PM show at Union Square, I think I may have been the only person who was sober), and just go see it.

Which is why I don’t think I can recommend this movie enough. This is the first 3D movie I’ve seen where I feel like the people making the film actually were comfortable with the technology.

I genuinely feel inspired by it. It makes me wonder what sort of great art projects you could do, or how you could educate people differently. Imagine if Walt Disney around to do some version of Fantasia with this tech…

Good job film industry: you found a way to get me back to the movie theater. Now, how long until they try to stop us from having this for home use…

Oh, and the image above? A super awesome paper craft site! http://minipapercraft.blogspot.com/2012_04_01_archive.html