– Being in California, having an executive producer role in a cross-country art thing, and needing to do morning calls with the East Coast has lead to some odd mornings. Twice this week, I have been awake at 7, naked, in bed, with my laptop, talking on my phone about logistics, finances and methodology. I wonder what percentage of the US economy is done by naked tele-commuters? I like to think of these sorts of calls as Hunter S. Thompson style…

– Thanks to Tess for re-potting all of our houseplants! We now have plants that are on their way back the health! 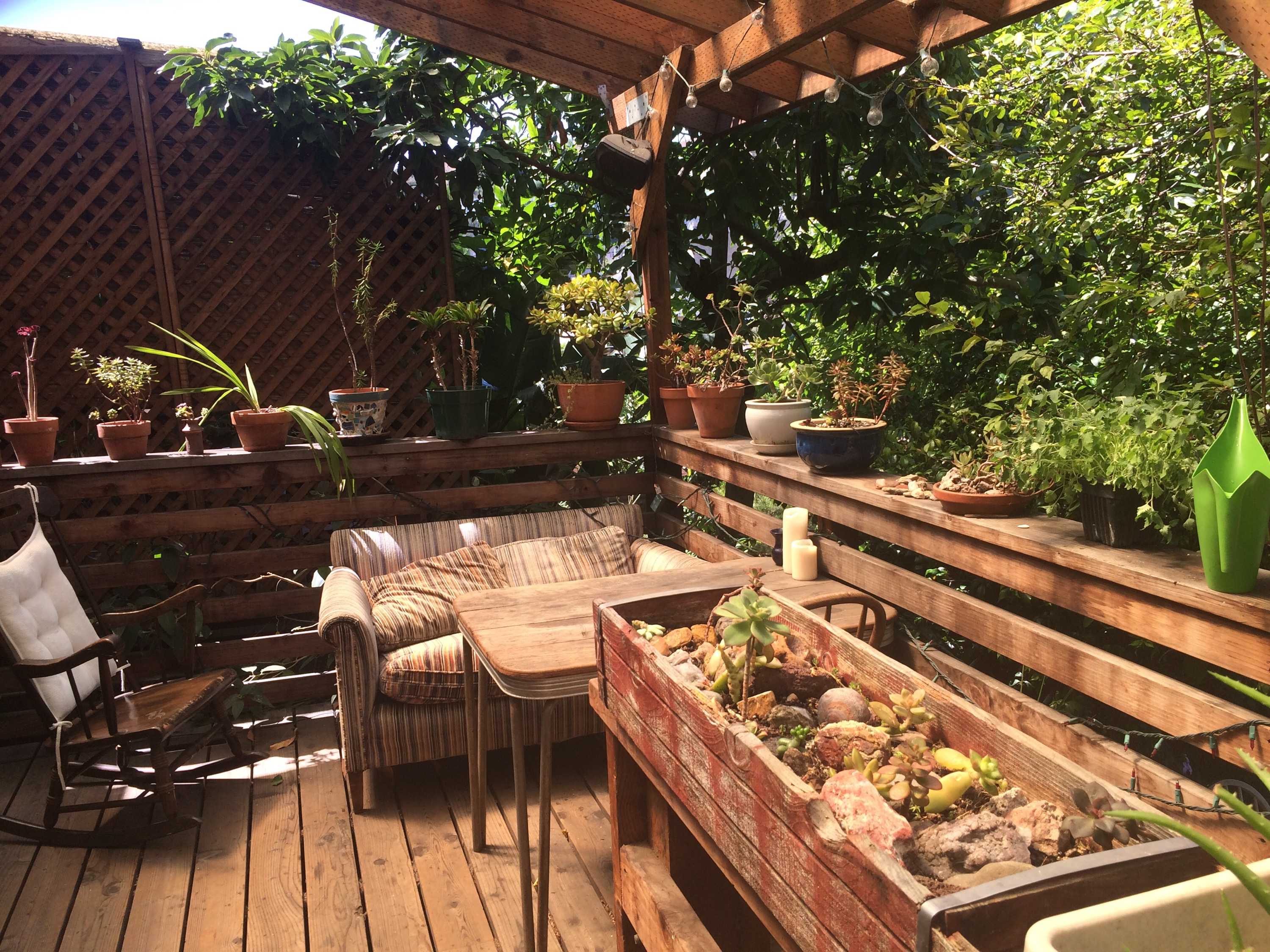 – Thank you to Courtney for taking me to the Banya! (Okay, I got her a groupon to go to the Banya, and picked me to go with her.) We went when it opened, and I’ve never been there that early. If you ever can get there at opening on a weekday, it is a treat.

We had lunch on the deck, and from the combination of sun and cooling wind, yep, I got a sunburn. First one in awhile. Such a nice problem to have!

And, partially to the help of Courtney’s great example, I jumped all the way into the cold pool for the first time!!!

Two things we talked about:

1) One way to deal with your anxious thoughts is to thank them, and let them know you are okay.

2) What Math can look like if you don’t approach it from using numbers.

– I met Katrin for the first talk given at the new Tenderloin Museum.

I know very little about the Tenderloin and it’s history. It was great to hear about the experience of trans people in SF, then and now.

But, the museum itself is a bit of an odd place. Katrin was particularly struck by us, the satisfied intellectuals inside, and the raw life of those living outside, and how there didn’t seem to be much of a bridge between the two. Until I walked out. There were folks with signs, asking for money. I happily handed over some. And the guy who was across the street who saw us walk out. He looked us in the eye. Told us. Told us that there is a free day next week. Maybe. That first free day is going to be the best day ever to go to that museum…

– Katrin and I went for a walk through the Tenderloin, and back through the Mission. Katrin is someone who favors fun and free over fancy. So I took her to get food at the best not fancy place in the city: It’s Tops, for a burger. Our waitress was literally a stand up comedian, and it was slow, so we had a great conversation with her while we ate some of the most delicious hamburgers I’ve had in all of SF. Between the setting (perfect American diner, the snappy, sassy waitress, and my tendency to long form descriptions and explanation) Katrin felt like she was in a Quentin Tarantino film. And smiled about it.

– I did a TON of research on trailers. In sum, buying a used enclosed trailer off of craigslist in the North East is about $2,000. And, WOW, are there some cute ones. The only people who will really rent you one to go across country is uHaul.

I also researched rental trucks. And it seems that you can’t just get a rental truck for a month. The most they want you to have one is about 12 days. Unless, of course you go with a local company like CC Rental. Who, when I asked some questions, they re-assuredly said – as long as you pay for it, and return it, you can use it however long you like.

If you are in NYC, I cannot recommend CC Rental highly enough. They are one of the places that make the phrase – you can get whatever you want in New York City whenever you want it – possible.